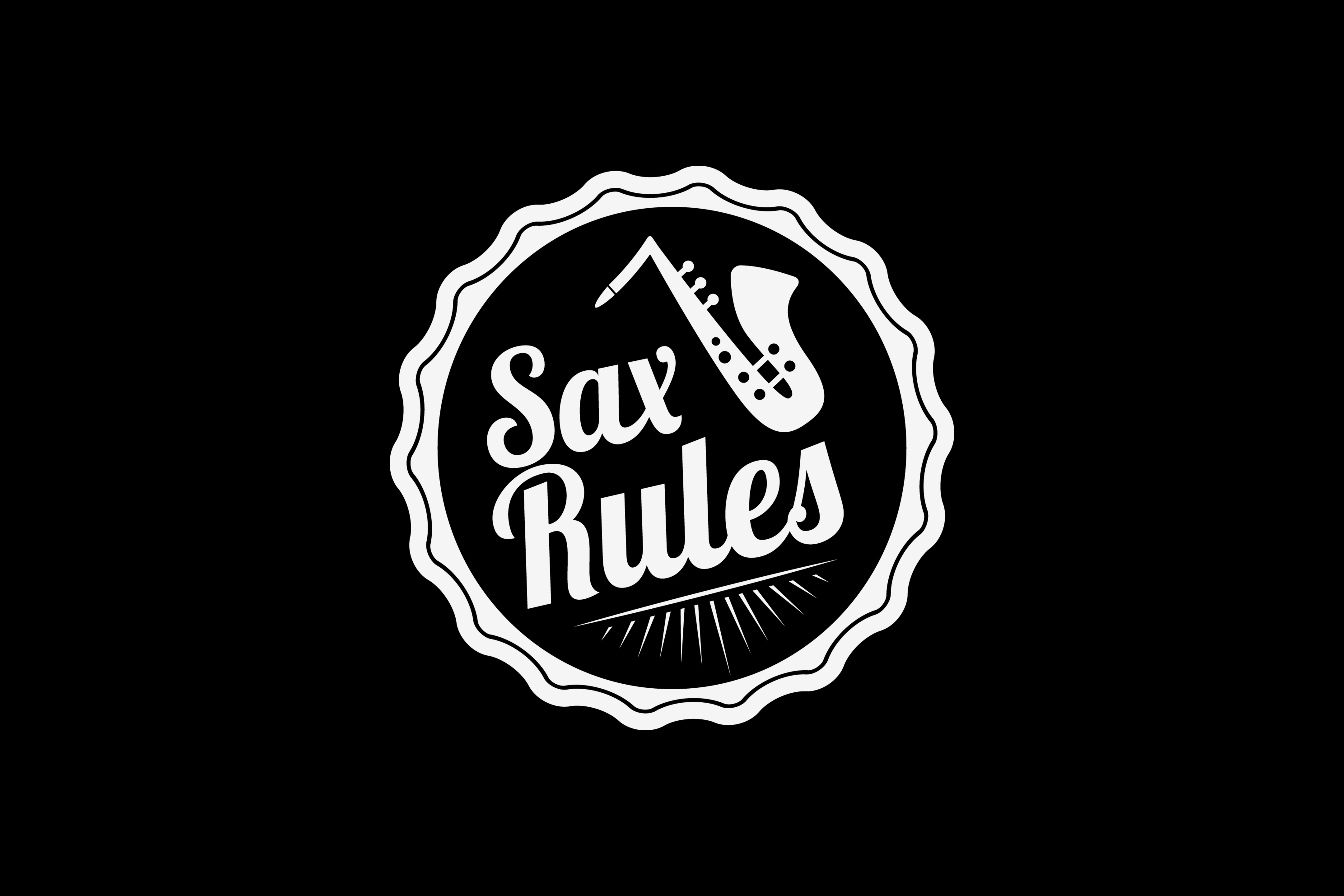 Today we are going to interview a saxophonist from Alcorisa (Teruel) who has been awarded the Extraordinary Prize in Saxophone and Chamber Music by the Turolense Musical Institute and the End of Career Award with Honor Registration by the Conservatory of Music of Aragón, being the first student to which the saxophone chair grants said qualification.

In 2007 he joined the Arno Bornkamp class at the Conservatorium van Amsterdam, where he graduated from Bachelor.

He has been the winner of the 1st Prize in the International Saxophone Competition “Merza 2008”, Winner of the “Jovenes Interpretes” Scholarship 2002 and the “Perfection Scholarship” 2007 of Ibercaja-Gobierno de Aragón as well as the 3rd Prize of Music Contest of Chamber of Musical Youths.

He has been part of the Symphony Orchestra of the Superior Conservatory of Aragon, of the EGO (Young Symphony Orchestra of the Basque Country), the EUYWO (Symphonic Band of the European Union) under the direction of the teacher Jan Cober, the World Symphonic Band “World of Winds” under the direction of Christian Lindberg, and the Saxofoon Ensemble of the CVA (Conservatorium van Amsterdam)

He has performed at Festivals such as “On Wings” in Groningen, St. Olavs Festival in Trondheim (Norway), The Music Festival in Elverum in Hamar (Norway) and the Rheingau Musik Festival in Wiesbaden (Germany). Also at the 2014 Saxfest in Amsterdam with Paquito de Rivera, James Carter, Othis Murphy, Jean Marie Londeix, Claude Delangle, Vicent David and Brandford Marsalis. He has also recorded for Radio German, for Radio Klassiek Nederlands, the Norwegian Band Federation, RNE, Radio Clasica or Canal Mezzo TV.

He has collaborated with the Madrid Symphony Orchestra and the Teatro Real, with which he has participated in productions such as the Opera “Lulú” by Alban Berg, “Ascension and fall of the city of Mahagonny” by Kurt Weill or “Wherter” by Jules Masennet and has participated in the first international tour of the Royal Theater in Russia, at the Bolshoi Theater in Moscow.

Since 2007 he is a member (with Juana Palop) of the saxophone duo: Zavasax Saxophone Duo. With this group has recorded a disc called Inventions.

In 2014 he was invited by Arno Bornkamp to teach at the Conservatorium van Amsterdam. He is currently Director of the International Saxophone Course “Alcosax” and Professor of Saxophone of the “Rafael Orozco” Conservatory of Cordoba.

SaxRules: Hello Javier. Can you tell us about your experience when invited to participate with the great saxophone at the mythical SaxFest 2014 in Amsterdam?

JA: In November 2013 I received an email from Arno Bornkamp inviting Zavasax Duo to be part of a festival that was being set in Amsterdam and that would take place in November 2014 on the 200th anniversary of Adolphe Sax’s birth. It was a year in which several events of great impact in the world of saxophone flourished and all of them of an enviable quality. At first we did not have information about the festival, nor about the invited artists, but after digesting the surprise of the invitation, we did not hesitate to accept. It was a unique stage to present our duo project internationally and our new program, which at that time, was the germ of a future record work that arrived in 2016. The proposal consisted of concert and masterclass. We prepared the concert conscientiously, since we knew that it would not be any scenario, the criticism and audience attendance would be practically in its entirety saxophonist and we were aware of it. A couple of months before, the festival website was ready and that was the moment in which we were aware of the cast of artistic guests and the dimensions of the festival, sincerely, we feel deeply overwhelmed. Brandford Marsalis, James Carter, Arno Bornkamp, ​​Jean Marie Londeix, Claude Delangle, Otis Murphy, Candy Dulfer, Paquito de Rivera or Vincent David, were the names we found when we visited the web, among many others. Dozens of concerts, exhibitors, master classes, conferences, premieres and endless activities related to the saxophone that covered a schedule of 14 hours a day for 5 days. We never imagined that Arno would be able to embark on a project of such great dimensions! But knowing him, we knew that only he was capable of carrying out something like that. The date arrived, we flew to Amsterdam and what happened there during those five days I will never forget, it was an experience of such intensity, which marked a before and after in our duo, since like everyone with a camera group You know, work is very necessary but it is more motivation. And after the festival the emotional charge intensified our desire to continue working on our camera project. The meeting of so much talent together in one place, the careful programming of the concerts and the quality of the soloists who participated in it will hardly be repeatable. All of us who were there, either as guests or as assistants, went and we are very aware of it.

SaxRules: Tell us about your teaching experience.

J.A: I have been lucky enough to be able to work in different educational fields, from the School of Music to the Higher Conservatory. And I must say that in a teaching system as long as it is ours, from nothing more and nothing less than 14 years, there are certain stages that for me are fundamental and that in my personal opinion are the most enriching for the teacher and for the student. These two stages to which I refer are those that are located at the ends. The elementary teachings and the higher conservatories. The first one seems to me important because it is in which a link is established between teacher and student, which sometimes lasts several years and in others is for life. On the other hand, working with children and observing how their minds work free of prejudices that make them adapt to the instrument naturally and progress to amazing rhythms, has made me rethink in many moments why this does not happen in higher education where sometimes students despite spending many hours in instrumental practice end up losing perspective at times and suffering a deep discomfort with themselves and the instrument, and we all know what I mean because we have all suffered at some point in our training I believe that the higher education supposes the zenith of the teaching honesty and the maximum degree of responsibility since we have in our hands the future of people, who in their majority have bet everything to a single letter, that make an economic effort and staff trusting that we will be able to make them professionals with a future. This for me means a commitment not only with the students, but with the future of our instrument and its development, because we do not forget that everything we know, we know because we have been taught. For me the concept of teacher honesty is summarized in “knowing what you say and saying what you know“, I think that the teacher who applies this premise, you can not ask for more.

SaxRules: Tell us something about the next Alcosax International Saxophone Course.

Javier: For this edition, which will be held on its usual dates on the second half of August, we will have the Berlage Saxophone Quartet again. It will be the third year in a row that they are with us and every year they do not stop surprising me with the level they have acquired, for me at the moment, and it is a personal opinion, one of the best quartets today. This year Arno Bornkamp will return, with which we will be a total of seven saxophone teachers and as usual, our beloved pianist Santiago Báez, who sent a greeting from these lines.

SaxRules: Name of 5 people who have most influenced you at the level musical and why.

JA: It would be difficult to mention only 5, but I must mention three people to whom I can never get to thank the influence they have had in my life as a musician. The first of these, and serve these lines as a small tribute, to Luis Miguel Martín Giménez who was my first teacher of saxophone and taught me the most important thing, the sweet vice of playing an instrument. Juana Palop, my partner of duo and friend, of her I have learned more than I ever would have suspected. For me she is the prototype of genius. And Arno Bornkamp, ​​because it has served me and serves as inspiration and showed me a perspective of the completely new and unknown saxophone that I still try to understand and improve today.

J.A: Perhaps it was in Madrid performing the Werther opera by Jules Massenet at the Teatro Real with the Madrid Symphony Orchestra, there were twelve exciting performances. I listened to this opera in its day in the orchestral repertoire classes and it always struck me, having the opportunity to play it with an orchestra is always an experience to remember for a saxophonist.

J.A: I recently acquired an old tenor saxophone Adolphe Sax from 1858 and I am very excited to play a repertoire of time with this instrument, I think I can learn a lot from him. On the other hand, we have in mind to begin to roll new repertoire with Zavasax for our next record work.

SaxRules: Dream and make a wish as a musician.

J.A: There is an interview by Arturo Sandoval that I always remember, and in it he says: “musicians are one way …. when someone plays well we have trouble admitting it, now, if someone shits it at a specific moment … that runs like wildfire. ” If we could overcome this deep-rooted mentality among musicians, we could learn more from each other and evolve as a collective and not as individuals.

SaxRules: Thank you very much Javier.